“Set against a backdrop of Cork’s less salubrious back streets, and populated by a colourful cast of addicts, prostitutes, young offenders and former soldiers, While Nobody is Watching is a fast-paced thriller with a flawed but dynamic heroine at its heart …. Ryan herself is a gripping character as she battles her invisible enemies, the most vicious of which is the guilt which makes her life a living hell”

Also out – the An Cosantoir Magazine review and guess what? 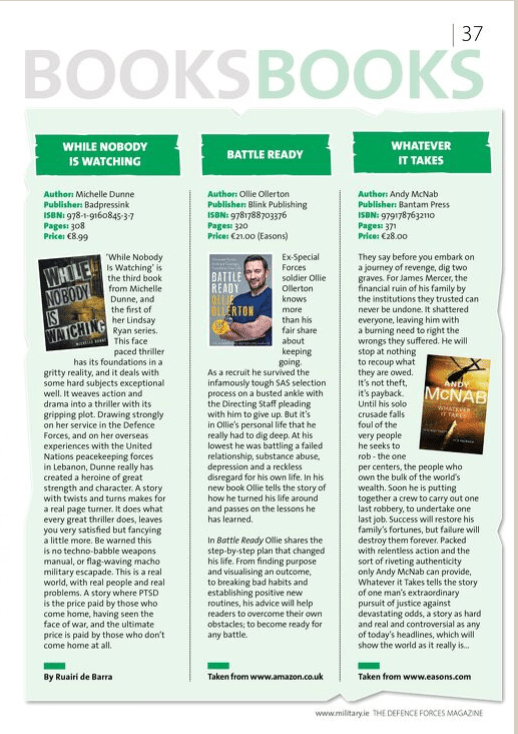