And what better way to celebrate than taking your loved one for a romantic drink at The King George? Even if it does have “a bit of an Irvine Welsh vibe” according to one reviewer.

Welcome to The King George.

You know it. Your old local. Back in the day.

The stink of beer and piss, sticky carpets, nicotine stains on the ceiling, soggy bar towels, and the chance of a punch-up on a Saturday night – or anytime for that matter.

And in amongst it all an awkward 20-year-old, trapped behind the bar, with nothing to do but pull pints and wait for the next fag break.

Until he finds Amy. And life. And an escape – if he dares.

From West Midlands writer Shaun Hand comes a comedy novel set in a Birmingham pub, well Sutton Coldfield to be precise. Funny, poignant and unflinchingly honest, The Sadness of The King George captures the moment when the easy idealism of youth collides with the hard realities of conservative suburbia. 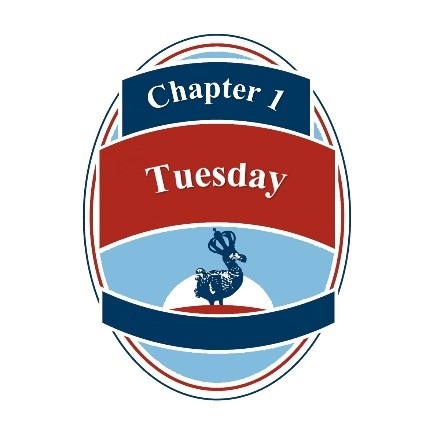 Focch aff!
No, you fuck off.
Loocch jus ge’me a focchn pint.
No, you’ve had y’ticket I dunno how many times.
No foccher gev me no ticcher, I barred meself cchosa tha ccchont.
What?
Donsher wha me ye—
Not this time. Not with this hangover. I came out from behind the bar and went to open the door. Eddie must’ve thought I was going for him cos he backed up and took himself out. I followed, trying to keep my distance so I didn’t have to smell him. Outside, he stood in the middle of the street, hands fumbling for his tobacco tin but eyes, unfocused, in my direction. I leant on the doorframe, trying to look casual.
Focchn tell youse sumert, y’little cchont. I wz focchn drinch’n’ere foreyuzborn.
Really, yeh?
Focchn chhnt uva landlord fchn rhunedafcchinpub n’fcchnnWHUUU!
He was interrupted by a dirty blue transit van bipping its horn, bumper inches from him. He span round towards it, throwing two fingers up at the windscreen.
FOCCCH AFF YA CCHONNT!
The driver’s door flew open. Eddie’s raised hand turned into a limp shield against the red mist about to engulf him. It was Kronenbourg Kev. Eddie was fucked.
S-s-sorry, s-s-ssohr, s-sohr, dint rearlyse twuz yo’zz—sohrr—
He reeled backwards to the far side of the road, tripped on the kerb and went flat on his arse. Kev loomed over him, arm raised, fist clenched.
D’YOU FOCKIN CALL ME YOU LIL TWAT?
S-s-sor—
FOCKIN STANDIN MIDDLE OF THE FOCKIN STREET!
S-sor I—
FOCK OFF OUT OF IT FORE I BREAK YA FOCKIN LEGS Y’CUNT!
Kev’s fist unclenched, and he span round to walk away. Just as sharp, he doubled back and booted Eddie in the bollocks. As he completed the full 360, he caught my eye.
FOCK YOU LOOKIN AT?
My macho adrenaline turned to burning fear, my gaze straight to the floor. As I dared to look back up, he was jumping in his van. Slamming the door, he flew off with a stamp on the accelerator, leaving the cars behind to trundle warily in his wake. Once they’d passed, I saw Eddie fumbling round for his tobacco tin, the contents now scattered in the gutter. With a wince, he stumbled to his feet and shambled off across the car park opposite the pub, probably to nurse his pride and bruised balls in Wetherspoons. They served anyone over there.