In celebration of the second installments of two of our authors’ series we’ve launched two books with a bang on 5th November. 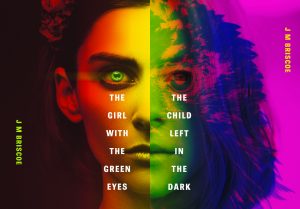 PART TWO OF TAKE HER BACK TRILOGY –
The Child Left in the Dark is the follow-up to the Amazon Bestseller, The Girl with the Green Eyes.

There’s something growing in her that’s going beyond us. Some sort of darkness, a confidence… the more it emerges, the more she seems to just… disappear.

It has been six months since Bella and her daughter Ariana were driven into a desperate flight across the country. Six months since the explosive events at the Futura Laboratory changed their lives forever. Bella must live with the impossible decision she made back in the autumn, even if the consequences are monstrous. She will do whatever it takes to keep Ariana safe, even from herself. Especially from herself.

Ariana, meanwhile, cannot escape the nightmares of the terrifying creatures she saw at the lab. Struggling with the reality of a life out of the shadows, Ariana cannot help but feel more alone than ever. Except for the voices, of course. The whispers of a creeping, dark blankness growing within her. Everyone tells her she is normal. 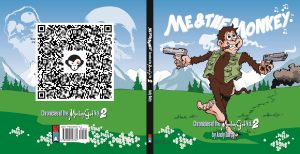 MOVE OVER BORED APES – WE’RE MONKEYING AROUND WITH NFTS

Me and the Monkey, Chronicles of The Monkey God Volume 2 , follow up to Volume 1 (aka ‘the lovechild of Hunter S. Thompson and Terry Pratchett’), with exclusive access to NFT content.

Well, they couldn’t leave us alone, could they? Now we have to go off to Tibet, via South Africa – don’t ask – and apparently, once again the fate of the many worlds rests upon our drunken shoulders.

So, strap in and prepare for a tale of cigars, booze, laughter, tears, and secret organisations bent upon shafting us, and getting in the way of our partying. The mission has been delivered, and may the gods help us, we have no option but to accept.

The hills are alive!!!

The everyday story of a man and the incarnate Monkey God, drinker of Jack Daniel’s, smoker of cigars, dabbler in magic, bringer of entropy and lover of chaos. Conspiracy, magic, booze, guns, sexy partially dead girls, the Illuminati, bad TV, alternative history… What more could you want? 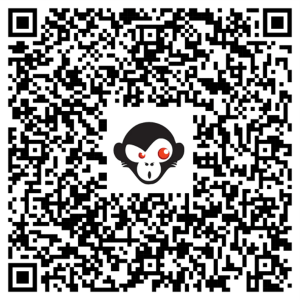