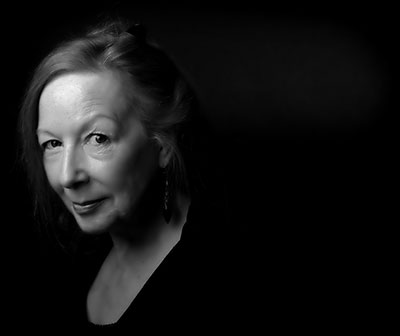 Jane was obsessed with horror, adventure, and humorous literature from an early age thanks mainly to her grandmother’s book collection. By the age of twelve, she was writing funny genre-busting stories about vampires and gangsters while still wanting to be both a vet and an artist.

Flunked A-level exams closed doors. But inspired by men who advised her against accountancy as a career, she took it on and made a success of it. She emerged with the unpronounceable letters FCCA after her name and financial stability. In the blink of an eye, she transformed from boss behind a desk to art student drawing naked men.

An art degree later, she found herself in her dream-cum-nightmare house which needed major building work and landscaping. Finances dictated she return to paid employment and for several years she alternated between interim contracts and managing the land –  especially planting hedges and trees. When the trees refused to talk back to her, she discovered Social Media. It wasn’t long before she was murdering people online.

Inspired into mass murder for the Create 50 book Twisted 50 Volume 2, her story The Violin Case was selected for publication. She has since brought out her own volume of little horrors, The Shockalot Box.

With Sinister Sisterhood, Jane wanted to pull together her passion for writing, her love of animals and the belief that women can be just as capable and as horrible as men. So pleased is she to be an author with Bad Press ink, she hasn’t even thought about murdering any of them. Yet. In the meantime she would like to thank them all for putting this book together.

Jane was put off living up mountains when she nearly gave birth at the top of one. She also avoids rivers and canals after badly injuring herself and nearly drowning in the Norfolk Broads. Her offspring having left the nest, she lives with her husband in a nice flat field in East Anglia surrounded by rabbits, deer, squirrels, foxes, badgers, horses and two cats. 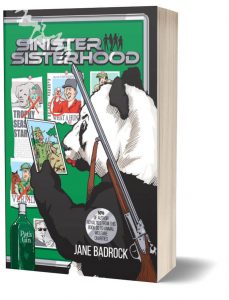