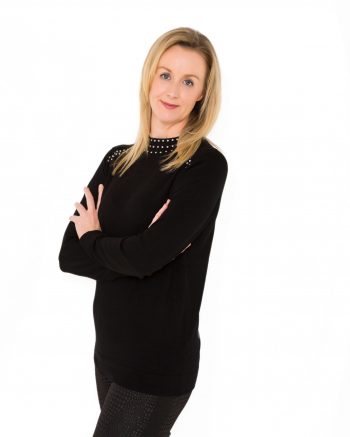 Michelle was one of those sporty types growing up, all bony elbows and knees, and as she lived on an island, it stood to reason she’d spend her first couple of decades taking in the salty, seaweedy air at the local rowing club (not the serene looking, posh rowing, but the other kind, undertaken by hardy fishermen).

This was where she learned just about everything she ever needed to know about anything. They brought home the County’s, All-Ireland’s were won, but the banter on the bus was always the real prize. From there it made sense that she’d leave town and join another club/asylum and found herself wearing a blue helmet somewhere in South Lebanon.

She’d become attached to the UN, but more importantly, to B-Company, the boldest, brightest, bravest the Irish army had to offer. She called them lots of other names too, but only to their faces. As tracer rounds lit up the sky above her and artillery rained down, she learned the words of every patriotic Irish song ever written and how to smile, laugh, and joke about things that would otherwise have you curled in a ball, rocking back and forth in the corner of the room.

Once her eyes had been opened and she returned to Irish soil, Michelle was promoted and following a spell back at college, is now a part of a company providing physiotherapy and staff training in nursing homes and hospitals all over Munster. A slower pace, but still an unruly bunch when they want to be. She’s back living on the island of Cobh with her husband Dominic and their daughter Emily and the hundreds of colourful characters waiting to make their way onto a piece of paper.

While Nobody is Watching is Michelle’s third book, which draws from her military experiences and the types of relationships that form within its ranks. 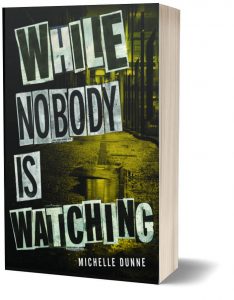